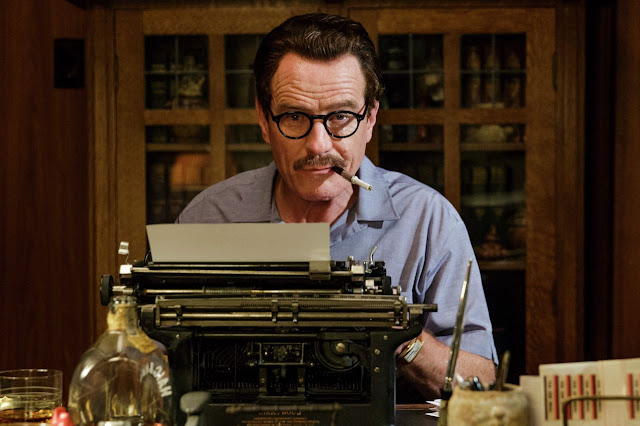 Bryan Cranston has come a long way since being a naive and goofy dad from Malcolm in the Middle. He solidified himself as an acting heavyweight in television with the highly revered Breaking Bad, but he is yet to burn his mark on cinema. Trumbo is clearly Cranston's big grab for a Best Actor Oscar nod and the early buzz amongst the "experts" is he at least has a bullseye-like shot at a nomination. The movie itself is almost custom made for the Academy by nailing all the criteria by being a movie about Hollywood, a biopic, a period piece, doesn't look to delve too painfully deep, and offers a chance for Hollywood to make amends (give an award to a Dalton Trumbo biopic after blackballing him over 60 years ago). If it is even half decent then I'd put it as an easy frontrunner for most years but after the neglect of Selma last year that caused much backlash, I see this as a "social issue" year with stuff like Suffragette, Carol or The Danish Girl being monstrous challengers. This might be a situation where those pictures take all the actor trophies while Trumbo pulls off a Birdman.

This looks pretty light on its feet and seems to be aiming for a comedic drama vibe, which shouldn't be a shock since director Jay Roach's credits include stuff like The Campaign, Dinner for Schmucks, and the Austin Powers franchise. I trust Cranston to do the heavy lifting for the dramatic moments and hopefully, bring some nuance to Trumbo, From what I know, the screenwriter was a larger than life character so the broad performing with the scenes in public is authentic and the depth of the film will rely on how the behind-closed-doors moments are handled.

Too many biopics are super-serious and yearning to be about something while stringently following a formula. This has a breezy energy that feels little more eccentric and going its own way. It also is clearly aiming to sell itself as bubble-gum, commercial entertainment that is easy for the masses to chew for two plus hours. I'm hoping that there is some jagged bite or at least edgy satire hidden under fluffiness, considering it is a rather dark period in Hollywood's history. Even if it remains fluffy, it is packed with an incredible cast like John Goodman, Elle Fanning (set to have a hell of a fall), Diane Lane, Helen Mirren, Alan Tudyk, and Louis C.K. This should be lots of fun and a subject I'm surprised hasn't been tackled until now.
Bryan Cranston Movies News Review Trailer Trumbo