The Tale of Two Births 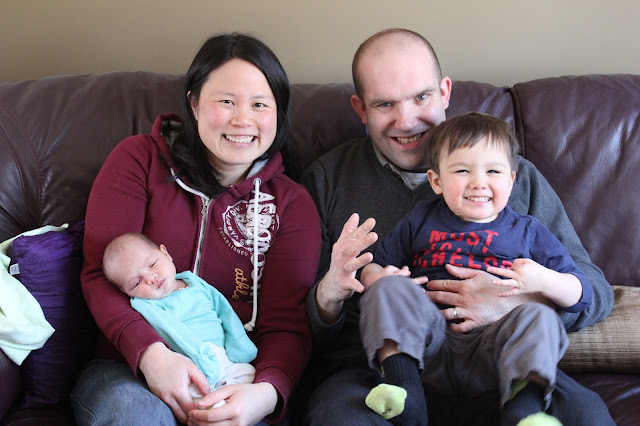 About a week ago, I wrote a column with designs on it being a weekly piece for a parenting publication. Unfortunately, things fell through and I'm now left with an article without a home. So, since it is rare to pitch a fully-written article of this type to magazines/sites, I've decided to post it here to justify the time I spent on it. Enjoy. 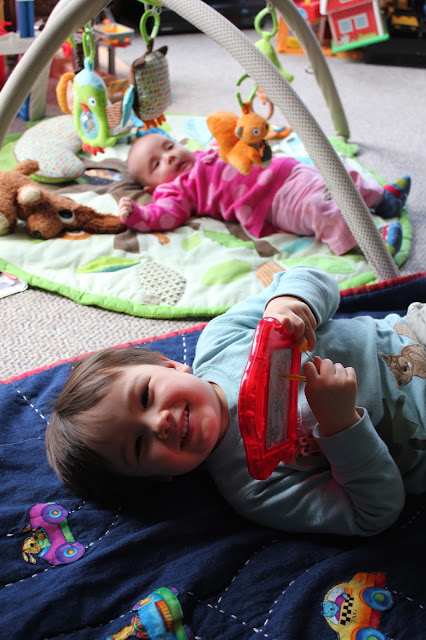 Back in November of 2011 on a long drive to somewhere that I’ve long since forgotten but am sure had to do with buying baby furniture or gear of some kind, I suddenly was hit with pain in my chest and panic over my whole body that I feared had to be a heart attack. Was it all going to end on the highway? After all those prenatal classes, meticulous crib shopping, and intricate baby car seat instructions, was I checking out before I’d even see my firstborn enter this world?  I turned over to my wife with fear oozing from my eyes and needing her to be heroic during this moment of crisis as I notified her of what I thought was happening. My always loving and compassionate wife responded, “You’ll be fine, it is probably heartburn. I told you to have the salad instead of the fries.”

Shortly after it was clear that I wasn’t having a heart attack, but I did have chest pain and discomfort for the rest of the weekend. I turned to a family doctor in hopes to get more compassion and better answers than “stop eating fries.” This time I did get a diagnosis and it was called “becoming a father.” 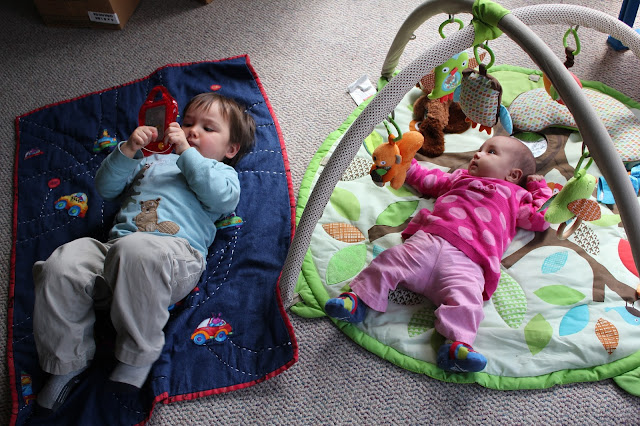 Even though I was thrilled about becoming a father, my body felt the best way to respond to the impending life change was to erupt like a volcano. Every feeling and emotion inside me was going bumper cars and wanting to burst out Alien style. It probably didn’t help that my feelings of inadequacies as a new father and burning pressures to provide through my freelance writing career were fueled by my ever helpful friends and relatives warning me to cherish my free time and sleep now, because it would all blow away with the dust when the baby arrives. I was prepping my life to be left in shamble from a cute and adorable wrecking ball.

To achieve that long sought after super parent status and be truly ready for the baby, I followed my wife, Emily, to every possible store that sold baby stuff, all the prenatal classes available in our city, and almost every midwife appointment. As well I read over any material to harness the super powers to handle dirty diapers and 3 am scream-a-thons, and checked over the list of necessary home-birth prep a thousand and one times to make sure we had the right number of blankets. Of course, all that prep didn’t stop the fact that my son, Everett, decided 10 days early was a good time to be born and the home water-birth was going to be far more difficult since I hadn’t put the pool together yet. Plus all the books and classes didn’t stop me from imitating a chicken with its head cut off when Emily went into labor, and all that apparent knowledge was even more useless when we ended up needing to go to the hospital for the delivery anyway (luckily, one of the few times my son Everett decided to be difficult). 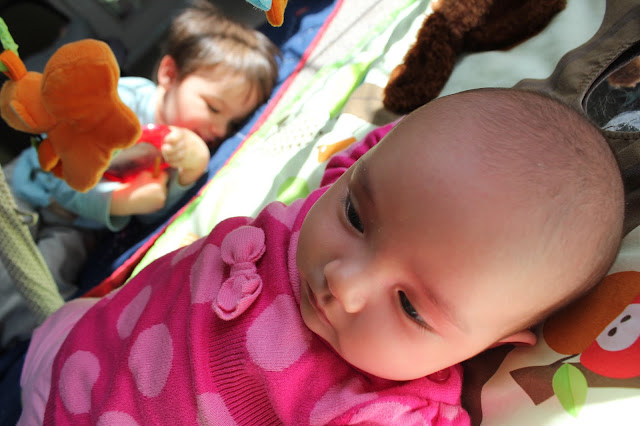 Everett’s birth will always be one of the most spiritual and greatest days of my life as I got to hold my precious son for the first time. Despite all the elation and joy, it didn’t mean the panic and worry went anywhere. The first few weeks, I held my son as if any potential movement meant he would detonate. I checked his bassinet countless times to make sure he was still on his back or that all blankets were safely secure in another time zone to avoid suffocation. A turned on television and a flashing camera were evil spirits that needed to be exorcised and expelled to another dimension. So, basically what I'm saying is that I was a first time parent.

Then suddenly I realized something, all the horror stories and crumbling of lifestyle that was supposed to follow with the arrival of my bundle of joy didn’t come to reality. Emily and I have long stuck to the belief that Everett was our “jackpot” baby, a newborn that was far easier to look after then we expected based off ominous warnings. He fooled everyone into believing we were stellar parents. 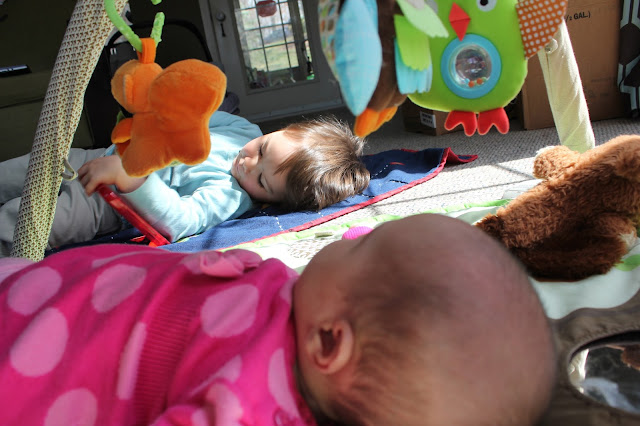 It also meant that when we made the amazing discovery that we were having a second child that my internal response was now, “we did this once, how hard can it be a second time.” I sort of forgot the whole fact that the first time we had the power of double teaming and now we would be forced into a person-on-person defense.

The fears from before were largely pushed away with cockiness and apathy. What will we do for baby furniture? Meh, I think I found some discarded wood in a field near our house. Am I ready to change all those diapers again? I’m pretty sure the baby can just roll into it. Can I keep the baby safe? They bounce when they’re that young.

Okay fine, it wasn’t that extreme, but I think I ended up only making one midwife visit, never picked up a baby book, and started thinking about names right before the due date. Part of that was that much of my attention was focused on the newly turned three year old adventurer, but also the idea of something new and scary was replaced by fond memories of the first time. 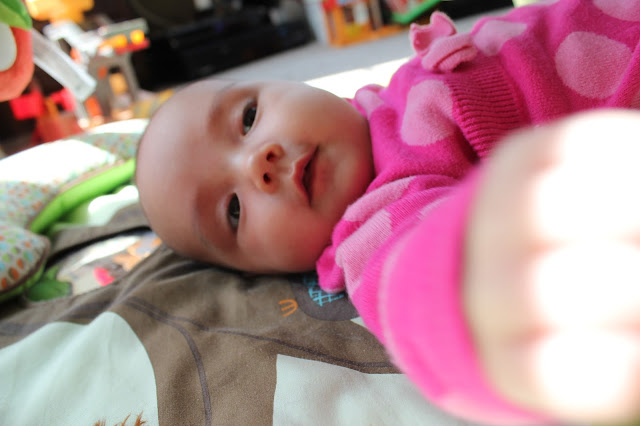 Of course, that still didn’t stop me from running around like a headless chicken again when our second child decided early was the way to go. And there was one thing that I was concerned about and focused on a daily basis. I’d whisper into Emily’s belly and tell the growing baby that she had to be a girl. We already had a boy and if she wanted to ensure chances to be spoiled and lavished attention then female was the way to go.

My beautiful princess Danika Lynn Spicer turned out to be just as a good listener and proved there was no need to worry as her big brother, Everett. 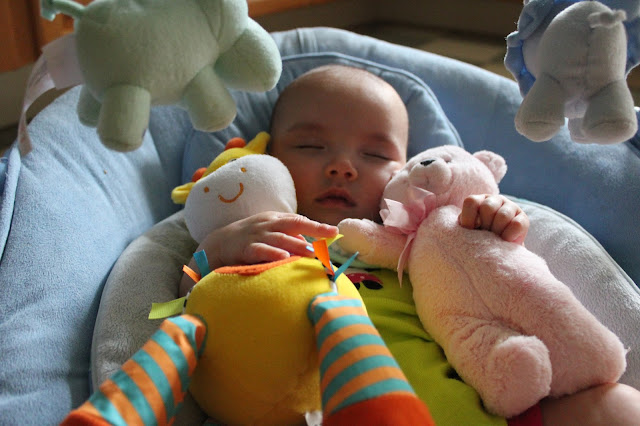