Remember When I Promised to Rebrand the Blog? 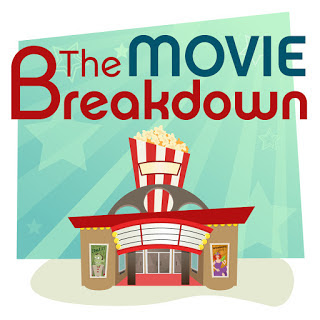 For over two years now, I've been threatening the launch of a movie news and reviews website. Though over the last year I've chilled my ambition and decided to start moving this blog towards that vision. Eventually, I'll do a full-blown rebranding with a new title, appearance, and likely web address. For now, my goal is to just do a slow transformation of the site and focus more on the content end of things. The biggest thing is to make sure reviews of the new releases get posted as close to their release data as possible (you can see I did a great job with that written review for The Boy) and to try to get several posts up on a daily basis. Though based off my track record over the last two years, just getting one thing up a day is a win (which makes yesterday's three posts a trophy worthy event).

My vision for the movie site has bounced all over the place from when I first conceived it when I was still the pop culture columnist for Collective Publishing. I recognized right away that there was already fifty billion movie news, analysis, and review sites cluttering up the internet. My hope was a reflection of my own personality and movie tastes would help for a lighthouse amongst the fog. I don't salivate over every little nugget tossed out about the upcoming Marvel movies, but I did put Star Wars: The Force Awakens as my best movie of 2015. I love tracking down and spotlighting independent and foreign pictures, but also feel movies like Mission Impossible: Rogue Nation deserve in-depth analysis and discussion as well. Film history is important and spans way past the 1990s, 1980s, and 1970s, and I believe it is crucial to keep Spencer Tracy, Ingrid Bergman, and Fritz Lang in the conversation. I like to see myself as an alternative both to the slobbering "fanboy" but also the "elitist."

As the months passed, I also became well aware that trying to be a straight movie news site was drinking cyanide as a profitable writing career. The bigger selling point would be my personality and authenticity that I can bring to each piece. It also means that I'd save a whole lot on needing to pay writers if I maintained a personal blog feel with a movie flavouring.

I've wrestled with this place going full blown movie focused, and in the end, I don't think it ever will. My hope is to get better at being concise and batting out several shot riffs on a daily basis. Pieces that quickly analysis some of the hot movie news items and hopefully, offer a fresh perspective to what is already being reported. It will always be more column-oriented, considering it will likely be 2045 before I break any news. The goal is to have the shorter articles surround at least one heftier piece every day or two along with the movie reviews.

My writing career has always been more than this blog or writing about movies. Though it has been a two year rut and my fingers still reek of sewage, there now is work seeping out again and I'm currently juggling several exciting projects. This will be a place where links to my paid articles will start showing up again, but I also hope to share and be more honest about my writer's journey. Every writer's experience is different but I think there is value in honesty and revealing the personal creative process.

Honesty is the biggest goal that I have on here. The site will have a strong movie focus, but in the end this is a place where I can be creative and work through my own thoughts. I do plan to tackle major news items or politics when it feels appropriate and also share some of the emotional warfare that I've been waging over the last several years (I've let it sabotage my career, essentially).

The other major piece here will be my biggest pleasure and treasure -- being a work-from-home dad with my two marvelous kids. Those pieces have definitely been sparse lately, but they are not only the most popular things that I post here but my favourite to write. Hopefully, over the next several weeks I can dig around the vault and share some classic stories about experiences that I had back when Everett stayed home with me. Though I have a feeling Danika will be creating some fresh tales too.

Maybe this is all to say that I'm revamping the site but the biggest change will less be on context and more on it just becoming regular again. As I start posting more and more stuff on here, I'll also get a better idea on what is popular and the direction my readers want me to go. It will be a movie site with a healthy dose of life and all the thing that happen when the big screen is blank.
Blog Musings