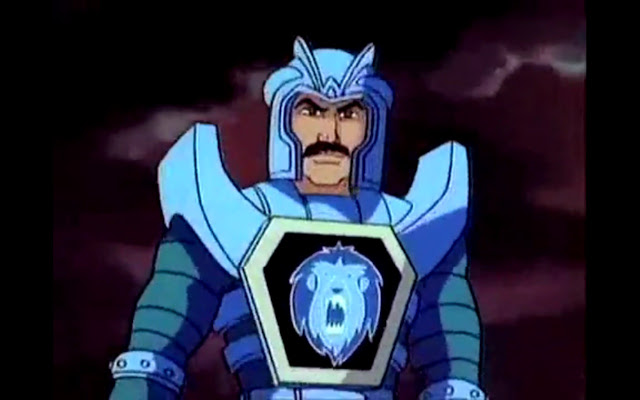 (Editor Note: I wrote this for a site back in December when this was an actual news item They never posted it nor did they pay me, and now they aren't returning my emails or invoices. Since the piece is really dated and too late to sell elsewhere, I decided to post here.)

There has been grumbling over the last many years about the lack of ‘original ideas’ in Hollywood, though I think wonderful movies like Inside Out and Interstellar would take exception. Movie studios are definitely obsessed with grabbing anything that has a speck of popularity in the past and shine it up for a new generation of film goers. It is at the point now that I’m just waiting for a studio executive to sit down for lunch and suddenly squeal over the potential of a super-hero action trilogy about grilled cheese and its trusty sidekick tomato soup. THR last week reported the latest example of digging around in the attic for box office gold when Paramount and Hasbro announced a deal where they’ll be crafting a cinematic universe from five older toy lines in G.I. Joe, Visionaries, Mirconauts, ROM, and M.A.S.K (Mobile Armored Strike Kommand).

It doesn’t take Ethan Hunt to uncover the mystery of why this deal came about, considering Hasbro’s other toy line Transformers has become a box office juggernaut. The series has grossed over 3.8 million, which is impressive since I haven’t met a single person who’ll admit to liking any of the movies after the original. Transformers was a massive craze in the 1980s with every kid that I knew owning at least one and the daily animated series being must watch events that we’d recreate the next day. Its popularity waned in the 1990s but has always remained in the pop culture conscious with several reboots over the years and definitely strengthened even more with the 2007 live-action movie.

A studio executive over at Paramount saw a toy and cartoon series become a massive hit despite being critical disasters and came to the conclusion the magic formula is once popular action figures. G.I. Joe has been a popular action figure since 1964 and really jumped into prominence in the 1980s with a toy line that was backed by a cartoon series many children rushed home from school to see. I still remember the hot debates over who’d get to play Duke or Snake Eyes during recess, and its popularity rivaled Transformers for the “what do we play” sweepstakes. It already has a proven track record with two live-action movie box office successes for a combined 675 million worldwide. The problem that has been created is the expectation this series can share the screen and attract rabid fans with the other four former toy lines.

My prime toy playing and cartoon watching years took place in the 1980s, so I have experience on what was popular at the time. I do remember Visionaries and even owned one of the toys because my uncle bought it after all the He-Man: Masters of the Universe or Star Wars figures were sold out. Its big selling point was the holographic stickers that was on each character’s chest, so maybe Paramount is trying to cash-in on all the excitement over the Michael Jackson hologram. It also had a cartoon series that I remember watching at least once while I was waiting for my Nintendo Entertain System to cool down and be playable again. I also should be forgiven for foggy memories of the series as it only lasted 13 episodes in 1987. Apparently, this is the new criteria for a hot movie property in 2015.

M.A.S.K has a bit stronger bragging right as its animated TV series lasted two seasons, had four different toy lines that went from 1985 to 1988, spawned a short-lived comic book, and even landed a video game. I was well-aware of the toys and cartoons, and it was great for anyone who was hankering for a series that ripped off both G.I. Joe and Transformers but wasn’t as fun as either. I don’t remember anyone getting pumped about the latest M.A.S.K toy or a kid who dared to admit they watched the show.

Micronauts and ROM both burst on to the scene in the 1970s, but apparently they had short runs as comic book series in the 1980s. It appears my local comic book store made the big mistake of passing on those two sizzling titles so they could sell unknowns like Batman, X-Men, and Donald Duck. Micronauts are perfect for those that love Star Wars but wished all the characters would be tiny instead. The concept of ROM is that he is a cyborg that battles evil that humans can’t see, so I’d expect a great visual feast for the dogs attending the screenings.

It is pointless complaining about movie studios resurrecting recognizable brands and properties from the past. The entertainment space is crowded with TV with a new golden age, cinemas clogged with three new wide releases a week, and so many other ways for people to spend their leisure that there has to be a way to break through the clutter. A studio needs to present something recognizable and potentially play on that warm nostalgia feeling.

Just because someone can say, “Oh hey, I remember seeing that on toy shelves as a kid” doesn’t mean they’re suddenly rushing out to buy a ticket to a special-effect extravaganza based on that property. Most kids heard the fairy tale “Jack and the Beanstalk” and I’d say many people still remember the Lone Ranger, but the movie versions turned out to be massive explosive bombs for their studios that killed hopes for sequels.

The problem with this current Paramount and Hasbro deal is that it isn’t about a filmmaker or writer being passionate over a story they have on one of these properties. It is business people in a boardroom trying to shake the dust off something mildly recognizable and hoping someone out there can turn it into an eagerly anticipated movie. Features like The Lego Movie and 21 Jump Street proved almost any property can be a surprise hit, but also proved you first need talented filmmakers with a great story.
Hasbro M.A.S.K. G.I. Joe Micronauts Movies Musings News Paramount ROM Transformers Visionaries