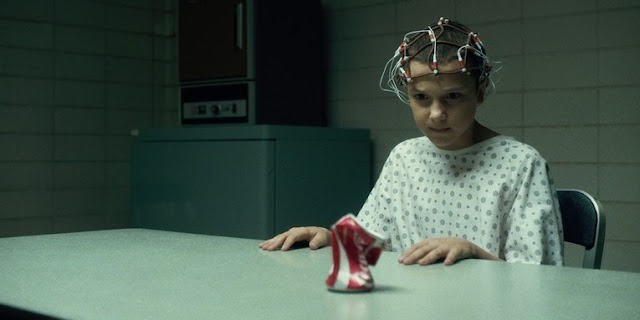 THR has a great interview up with Matt and Ross Duffer, or better known as the Duffer brothers, the showrunners for the supernatural thriller series, Stranger Things. If you listen to the Breakdown, then you'll know Scott and I have been reviewing the series episode by episode and are huge fans (we're only two episodes deep though). The interview discusses their inspiration for the series, there plans with it going forward, and how they would have loved to adapt Stephen King's It. The interview is pretty fascinating and worth the read, but I wanted to point out a specific statement made by Matt when talking about remakes.

Taking something just because it's an IP, but betraying the spirit of whatever that was, which is what I think sometimes happens. It's like, "Let's just use this title to do something." I'd rather just take inspiration from that and do your own thing rather than relying on that title.

He sums up the problem with most remakes or reboots or sequels right there. It is more just about using the title of the property to attract fans and boil up nostalgia rather that encapsulating what made the work great. I'd guess in some cases the suit approving the reboot didn't even see original.

Duffers can understand this because Stranger Things really is homage to 1980's cinema and storytelling. You get scenes that instantly bring back fond memories of works like E.T, Nightmare on Elm Street, Halloween, Goonies, and Aliens. It also is heavily influenced by Stephen King novels like Firestarter, It, or Carrie. Even the fact the small town is fictional is a tribute to King.

The big point here is that it is done in such a creative and confident manner that it never feels derivative or cheap. It captures the time period perfectly and goes past tribute to boldly becoming its own thing. It also becomes a pretty solid template for the major movie studios to follow. They're better suited to try to get the spirit and flavour of popular works rather than straight-out remaking them. Essentially, things might be in better shape if they just ripped off the good ideas and tried to veer in a new direction with them.

The best example of how that has worked in the last 15 years is The Fast and Furious that originally was just Point Break with cars. It has turned out to be way more successful than the recent Point Break remake and also spawned its own powerhouse franchise. Studios would be better off to try to rework an E.T. or Alien or The Last Starfighter than trying to outright rebooting them.