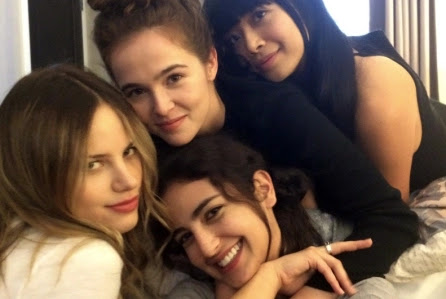 Before I Fall looks like Groundhog Day meets Mean Girls, except without any of that pesky humour. It is based off Lauren Oliver's bestseller about a popular girl who has to relive the day of her death for one week and starts to learn about how her actions effected those around her. I haven't read the novel, but my impression is that it incorporates spiritual elements along with the war of being a 17 year female dealing with teen angst and trying to survive the social order of high school. These type of coming-of-age battling the social order pictures have had a bit of a resurgence over the last few years with movies like The Fault in Our Stars, Paper Towns, Edge of Seventeen, The Duff, and a few others. Many of them are YA adaptations, which shows there has been attempt to move away from the dystopian actioners of Hunger Games and Divergent towards more grounded and personal stories. Most of them aren't destined to be big box office juggernauts, but could have some strong niche appeal especially among teen girls, but more importantly, diversity in the stories told is always a positive. I've always had a soft spot for the teenager surviving high school movie, though the genre's peak is still the mid-80s with John Hughes. But Edge of Seventeen proved it can still be done really well, though I'm less optimistic with this one.

Before I Fall Movies Trailer