'Frozen' Could Have Been Very Different 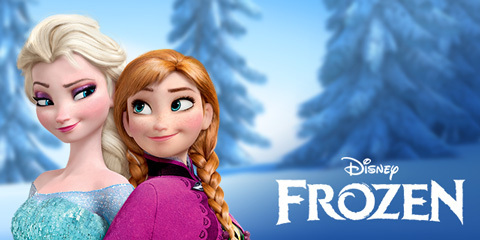 I am fascinated by the journey that a story can take and how often the original idea or manuscript turns out very different in its final form. Entertainment Weekly last week revealed that Frozen was going to be a much more traditional fairy tale movie than what turned out on the big screen. Elsa and Anna weren't sisters, there was a prophecy about a ruler with a frozen heart who will bring destruction to Arendelle, Elsa gets dumped by a guy so she freezes her heart to never love again, and she becomes a more traditional evil villain similar to Hans Christian Andersen's tale, Snow Queen (initial basis for the movie). In this version, Hans was still going to be the real villain, with the twist being the prophecy was really about him and Anna convinces Elsa to use her powers for good. I'm sure this version would have turned out just fine, but also would have felt like a dozen other fairy tale movies.

One of the great things about Disney right now is they are hiring on creative writers and directors that are not afraid to be progressive and wanting to try some new things. They recognized the initial story was pretty cookie cutter and they could add a few twists to make something fresh and more profound. The sister connection is huge, because it is a true love that often gets ignored for the romantic type. Also Elsa is such a memorable character because she is complicated rather than a straight forward villain. She never really wanted to harm anyone, but rather her escape to her castle was her misguided attempt to protect her village. The movie we got has so many more layers, and definitely provides stronger characters that younger girls can cheer on.