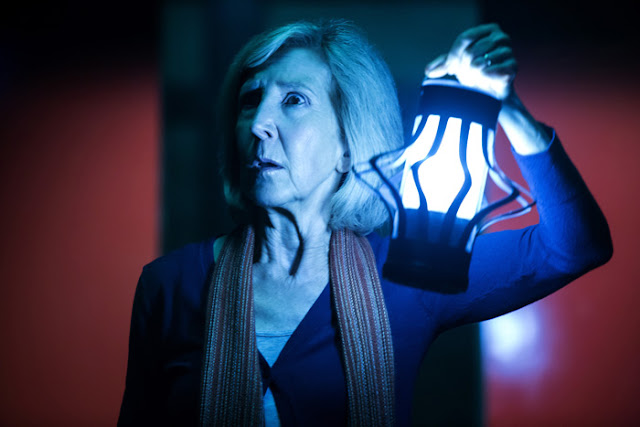 A movie being pushed out of its release date is almost never a good sign. At first glance, a horror picture being shoved out of October, one of the months where movie-goers have a hunger for the macabre and frightening seems to be even worse. Then it isn't as straight-forward as appearances when that horror movie is slotted in January, which is the one other month that horror movies tend to thrive. January comes along right after the studios stuffed the cinemas with high-end prestige fare, so the tastes start leaning towards something a bit more salty.

Insidious Chapter Four moving away from Halloween may not spell doom for the franchise. It actually may have a chance for more success being a recognizable film series to kick-off the new year. It now holds the January 5th slot, and if it turns out like most years, it will likely be the lone 2018 release that weekend. A horror picture is usually the movie that starts off the years, and it is a tradition that turns out to be pretty successful for the studio that slots it. Now, the rule has typically been that horror movie also sucks, but after the really solid Insidious Chapter 3, I have higher hopes for this one.

I also think that one of the other reasons for the move is that they haven't even started production on it. No one has stated that it is true, but there hasn't been any news on things like casting or shooting. Or maybe I just missed it. A horror movie like Insidious is probably something they can get shot and produced within a few months.

The shift is actually a really solid strategy as it means the October 20 slot is now inhabited by the small and unknown Blumhouse horror, Half to Death. It has one of those premises that is both smart but also feels well-worn, with a woman reliving the day she is murdered until she discovers the identity of her killer (the slashers of Groundhog Day). A movie like that can benefit from being slotted in the month that that synonymous with horror, with people being more willing to take chance on it due to the fact it is horror.
Blumhouse Half to Death Insidious Chapter 4 Movies News Universal