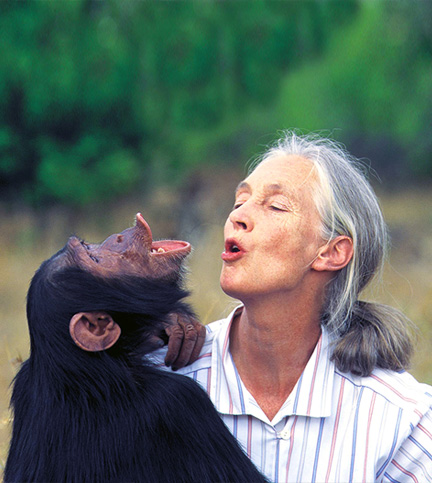 I spread two falsehoods on this morning's The Movie Breakdown podcast. It is probably something that I do far more often than I'd want to admit, but I only catch my glaring inaccuracies about two times a year. This is what happens when both Scott and I tend to ramble away on subjects that I did not do any pre-research and am relying on my dusty brain.

During the box office analysis segment, I mentioned that Jane is a documentary about Jane Goodall, which is indeed a fact. Jane is a primatologists who did ground-breaking work with her research with chimpanzees, made major discoveries in nature and was an incredibly successful female scientist in a male dominated field. But who she isn't is Dian Fossey, who lived in Rwanda among gorillas and is the subject in the Sigourney Weaver starring 1988 biopic, Gorillas in the Mist.

No, I do not think all female scientists who work with apes are the same person. I realize both are legendary and significant figures in history, and happen to be very different people. Especially since one is still alive, and the other sadly has a mysterious unsolved murder (sorry, to spoil the ending). But this does not change the fact that Jane looks to be a documentary worth checking out.

And my other glaring mistake?

The upcoming 12 Strong movie was not originally call The Horsemen, because the movie isn't about the apocalypse or a 1980s wrestling group led by Ric Flair. It was called Horse Soldiers, but I am guessing the studios decided that title was a little too on the nose.