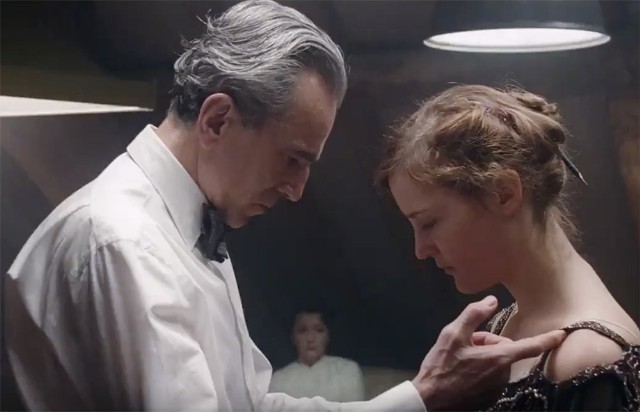 There are a few directors whose name alone create excitement over their upcoming motion picture even before there is a title or synopsis. Many movie fans get eager the moment they hear the names, Wes Anderson, Martin Scorsese, Quentin Tarantino, and Paul Thomas Anderson. For several months there had been buzz over Paul Thomas Anderson's latest even before anyone knew the plot, and then excitement mounted when Daniel Day-Lewis was attached (they'd previously teamed together for There Will Be Blood). It became an even bigger deal when Lewis announced he will be retiring, which means this will potentially be the last time we can to see him work his magic. The title has now been revealed to be Phantom Thread and information that it will be about a clothes designer in the 1950s. If that isn't enough, Focus Features has dropped the first trailer to give us a bit more on the plot and feel of the movie.

All of Anderson's movies have been character-driven, and often more about exploring how people are driven and motivated by their environment rather than a straight-forward narrative. His movies are soaked in atmosphere, visual style, and crafting a mood. Phantom Thread definitely has a distinct sense of visuals that help set a tone and immerse you into the high fashion world of 1950s London. Daniel Day-Lewis looks great as Reynold Woodcock, a renowned dressmaker who is sought after by the socially elite, but you instantly get a feeling of loneliness and isolation from Lewis' performance.

The movie seems to be looking to explore explores the creative journey of an artist and how romance can challenge that journey. Woodcock falls in love with the much younger but very independent Alma played by Vicky Krieps. The trailer shows that she will start as his lover and muse, but it will put a great strain on his career and work. Vicky looks to be allowed to get some meaty scenes and being able to play a crucial character who is strong-willed and more than a love interest. I look forward to seeing her have to go toe to toe with Lewis.

The trailer promises a rich and complex movie that tries to explore a lot of themes while also being intimate and focused on these two people. Anderson's movies are always interesting and ambitious, and I look forward to seeing what he does with what may be Lewis' farewell performance.
Daniel Day-Lewis Movies News Paul Thomas Anderson Phantom Thread Review Trailer