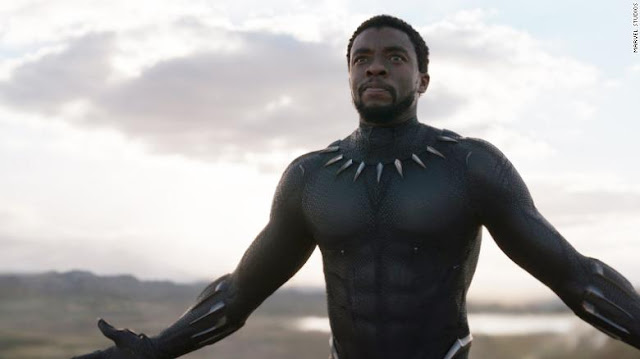 2018 at the movies has been a success so far, if judged by the low expectations in January. The month of February has some highly anticipated big pictures being helmed by very exciting filmmakers with Ryan Coogler's Black Panther and Alex Garland's Annihilation. While Paddington 2 was one of the most delightful and uplifting movies that I've seen in a long time, the high caliber of family entertainment may continue with the stop-motion animated feature, Early Man. There is a lot of reasons to expect 2018 to really be an exciting year at the movie theatres and February has several of them.

To keep that optimism alive, I am offering up a preview of all the big movies set to be released in February and offer up reason why to be excited for each one.

Winchester (Feb 2): It is a once in a lifetime experience being able to be Helen Mirren battle ghosts with the power of architecture.

A Fantastic Woman (Feb 2): An understated drama about love, loss and mistrust coming from the director who gave us the beautiful Gloria, which was Scott's number one movie of 2014.

15:17 to Paris (Feb 9): There is justified concern over how you make a movie out of a minute long moment of heroics, but it is coming from the director that gave us great movies like Unforgiven, Mystic River, and Pale Rider, plus there is the intrigue of the real life heroes playing themselves.

Fifty Shades Freed (Feb 9): This should be the last one.

Black Panther (Feb 16):The importance and progressive nature of this movie reminds me of last year's Wonder Woman, which turned out to be one of the best blockbusters of the year. Plus this also has an incredible cast that includes Chadwick Boseman, Michael B. Jordan, Lupita Nyong'o, Martin Freeman, Angela Bassett, Daniel Kaluuya, and Forest Whitaker playing in a gorgeous new world directed by one of the most exciting new filmmakers, Ryan Coogler.

Early Man (Feb 16): Aardman Animation are established as one of top studios with their gorgeous stop motion clay animation. The usual charm, humour and adventure looks to be here in full force with the story of a tribe of cave people encountering an army from the Bronze Age City.

Samson (Feb 16): For two hours, there will be a decrease in links to Fox News articles posted on Facebook.

Annihilation (Feb 23): Alex Garland brought us the thought-provoking sci-fi thriller about artificial intelligence taking on human form in Ex Machina and now he tells the story of Natalie Portman taking a team that consists of Tessa Thompson (Thor: Ragnarok and Creed) and Jennifer Jason Leigh into a land that defies the laws of nature and is full of big scary monsters. This looks to be the movie that I wanted from Alien: Covenant.

Every Day (Feb 23): The terrific Angourie Rice is being given a star vehicle.  Romance pictures have become a rare enough breed on the big screen that they now feel like fresh alternatives. This has a pretty unique concept of a teen girl falling in love with a being that transforms into a different person every day.

Game Night (Feb 23): We've all been there, a night of playing board games gets a little competitive leading to people getting killed. Jason Bateman and Rachel McAdams star in a comedy that actually looks like it might earn a few big laughs.
15:17 to Paris A Fantastic Woman Annihilation Black Panther Early Man Every Day Fifty Shades Freed Game Night Movies Peter Rabbit Preview Samson Trailer Winchester