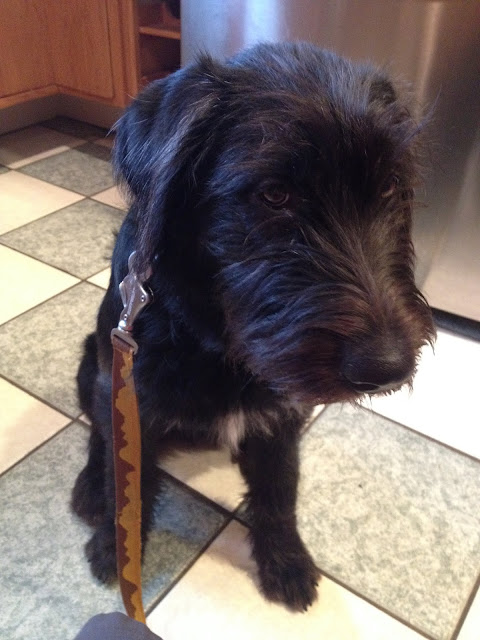 Over the last few months, I've been asked if our family will ever get a dog again. The question was emphatically answered this weekend with the latest addition to the Spicer clan, Piper. She is an energetic and affectionate four month old puppy whose breed is unknown but may have some terrier and will probably grow up to be a big girl.

The house has felt a little empty since the passing of Summit in November, and everyone in the family was itching for a dog to love again. Emily has spent the last few months talking to breeders and also doing daily searches PetFinder. She discovered Piper from Paws United, a dog rescue organization operating out of London, Ontario. Piper has had a busy life already as she was first living with a homeless man who passed her off to a family that turned out to not be ready for a dog. Piper then was passed along to another family who was just as ill-equipped where she then was passed on to the rescue organization. For the last few weeks she has been living with a foster pet family. This weekend, we went there to meet Piper and instantly fell in love with her, so in less than 24 hours she became the newest Spicer.

Piper is fitting in fairly well. For a puppy that has been passed around as often she has been, it should not be a surprise that she has some pretty serious separation anxiety. After a few days, she is getting better at going into her dog kennel and sleeping there at night, but she still will bark and whine her dissatisfaction for a bit. I am pretty confident after a month of being in the family and it starting to become clear to her that she isn't being moved again, then her anxiety will go down.

The kids already adore her, and she plays well with others. Or at least, plays as well as an enthusiastic puppy can be expected to play. She has only knocked down Danika a few times and I've only heard a few cries over a foot being pounced on. Danika more often laughs over have her face being licked and watching the dog play tug of war. Everett was always pretty closed off over talking about dogs after Summit passed away (he is our introspective child), but he already admitted to me that he really did want another dog and is very happy with Piper. 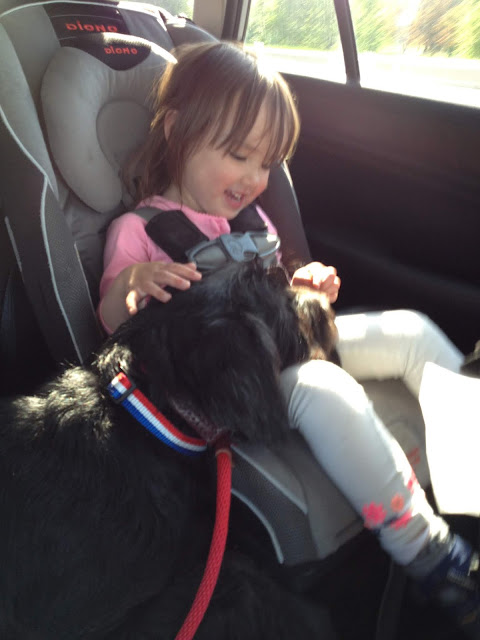 Mittens is less thrilled about the arrangement. The day Piper arrived, she greeted her at the door with a hiss and then has camped upstairs ever since Sunday. When Mittens arrived on Canadian Thanksgiving weekend (October), she hid behind the piano for a week because she wasn't happy about Summit being here. Summit never once showed any interest in chasing her, while Piper has lunged towards Mittens whenever they are in the same room. It will likely take quite a bit of time before they start playing cards together. At least, Mittens has had several months now to declare this her house and family, so she seems relatively content to prowl upstairs where Piper is not allowed. I remember way back in 2009 that our other cat Crosby was very anti-any-other-animal in the house, yet he eventually accepted Summit. My hope is that eventually Piper and Mittens will be in the same room.

As for me, I had mixed feelings about getting another dog up until this weekend. As I wrote a few times on this blog, I have had a hard time moving past the passing of Summit. Every day felt really weird not walking him or having him snuggle up against me as I wrote. I thought that I needed to finish mourning before I could get a new dog, because I feared I'd be comparing the next dog too much to Summit. I am well-aware that there will never be another Summit, so my thought was it would be hard to connect to the next dog.

I've finally realized that I will always miss Summit. He was our family. He was my dear companion. He played a huge part in my life for almost a decade. I will always love him. This weekend, I realized that I can still miss Summit but also have lots of love to spare for a new dog. Piper has already won me over, and I have to say it is pretty wonderful to be back on walks (losing Summit has led to me gaining over 20 pounds) and to have a dog sleeping by my feet while I write. I'm expecting another wonderful friendship. 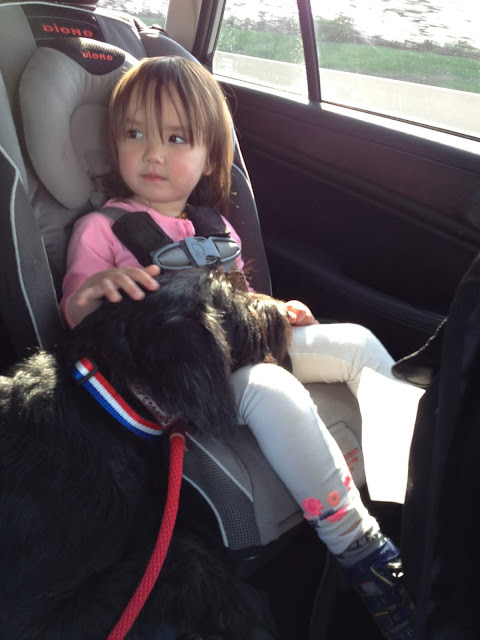 Piper has proven to be a pretty teachable dog, though she will pull down mountains if she sees another dog. 'Sit' is really the only command that she has down pat, even then if she is excited then it takes a few seconds. We've only had one accident in house so far, though Everett thought it was just Piper staring at the fireplace rather than anything messy. At this point, we are trying to be vigilant with the commands, make sure to socialize her as much as possible, and we will be going to puppy training classes too. Summit was a great dog, but we learned with him that we may have stopped a little too soon with the training sessions.

It is amazing to have a dog again. It took only a few minutes to realize this was something my soul and emotional health really needed again. This also means that those who have really missed random dog barks in the podcast for the last 6 months will finally get your fix again (maybe even starting this Monday),

I've tried taking a few photos, but Piper being puppy means most turned out to either be a blur or way too close as she tried to kiss the iPhone. In the coming weeks, I am sure Piper will make a few appearances on this blog. If you live nearby and personally know me then Piper will definitely love to meet you formally.

It is mighty good to be a dog family again (unless you ask Mittens). 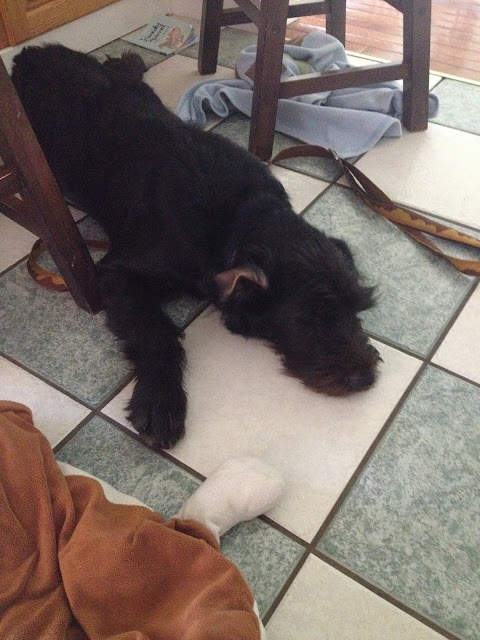