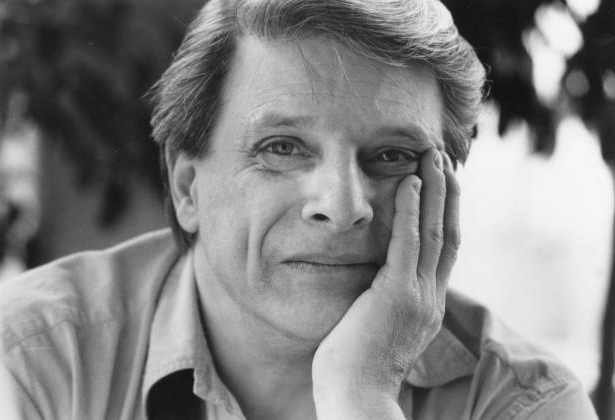 If you read at any significant volume, especially in the science fiction genre, it is hard to not at least be vaguely aware of the name, Harlan Ellison. He was a science fiction heavyweight up there with the great Ray Bradbury and Isaac Asimov. He was a prolific writer who wrote more than 1,700 short stories and articles, more than 100 books and more than a dozen movie screenplays and TV scripts. He deemed writing the 'holy chore' and crafted some of the most popular and influential works in genre fiction like A Boy and His Dog and I Have No Mouth, and I Must Scream.

Ellison was a professional writer for 60 years, but he may be best remembered for his personality. If Bradbury is best known as a popular writer who never lost his inner-child then Ellison was always harnessing his inner-grumpy old man chasing those pesky kids off his lawn. He was a curmudgeon and volatile individual, but also was always passionate and entertaining. His hostility towards almost everything around him is what also likely drove his incredible creative and energetic works. Bradbury was one of my favourite science fiction writers that I wish that I got to meet then Ellison is one of my favourite writers that I enjoyed being entertained from a distance. Despite that, there are great writers like John Scalzi who did know him personally and described him with great affection (thought does not deny his rough personality).

I have great respect for Ellison, because writers are notoriously mistreated and often we do it to ourselves by being so willing to accept the abuse. Ellison would challenge one to the death before allowing himself being taken advantage of by a publisher or a studio. This is a man who didn't back down from major players like Disney (fired on his first day of work after joking about making a porno with Mickey and Minnie), Frank Sinatra (let the legend have it over insulting his boots), James Cameron (filed a lawsuit with the belief the director plagiarized his Outer Limits script "Soldier" for Terminator - won so he got acknowledgement in the credits), Gene Rodenberry (held a decades long grudge over rewriting his script to an episode for the original series) and his rampage against big names can fill an entire book (and would be very entertaining).

There are a lot great things that I can say about Ellison, including he was one of the most imaginative, smart and entertaining writers that I've ever read. He also was without a doubt his own person and was not afraid to go against the norm. His film review book Harlan Ellison's Watching (a compilation of 25 years' worth of movie reviews and editorials) is not only very insightful, but is very memorable because he goes against the critical consensus by liberally panning accepted classics like Star Wars, Back to the Future, and 2001: A Space Odyssey, but then praising less beloved movies like Dune and Return to Oz. As I write my own movie reviews, I always try to remember to follow my gut and instincts when I watch the film and not be guided by other's praise or disdain. Ellison was always a champion for the underdog, be it movies or even more importantly, those who were mistreated in life.

The thing that I will remember most is his mantra "pay the writer." He was a huge advocate that writers should be paid for everything that they do and get paid well for it. This is also why he so often had lawsuits over potential copyright infringement of his work, as he often felt they were trying to adapt his stories without paying him a dime. His vitriol and passion over how a writer must fight for their rights and make sure they are properly compensated is something that I will always remember about him.

There will never be another Harlan Ellison. But he has many amazing prose and stories that will make sure he lives on.