Yet Another Follow-up to an Episode of 'The Movie Breakdown' 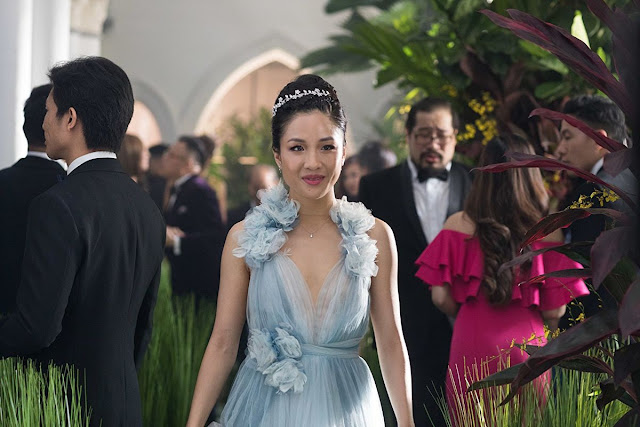 This week on The Movie Breakdown we discussed why horror has replaced comedy as the consistent big box office genre hit. I talked about how both have the strength of being communal experiences where you feed off the energy of the crowd that is with you. In the 1980s and 1990s, Airplane and Dumb and Dumber were huge hits because there were joke-a-minutes that you got to share with an audience and part of the fun was hearing that laughter around you. Now, horror has replaced it with people feeding off the tension and enjoy hearing the audience yelp and squeak around you. There is something to being in a room of a tense and scared movie goers.

I had said part of the reason horrors have thrived is that the quality has really increased the last few years with top notch movies like It and Get Out (both made my best of 2017). Meanwhile, comedy quality has taken a dip and you can get much better stuff on TV like superior series The Good Place and Atlanta. There are horror series but most of them still don't offer the chills and wide range of emotions like the best horror movies. I do think comedy has improved rapidly this year with really good movies like Game Night, Blockers, Love, Simon, and Crazy Rich Asians, but some of those movies suffered from the sins of the past.

I forgot to mention on the podcast another thing that I think has hurt comedies. The big things is community and now that aspect has been replaced by people sharing quick YouTube videos by either showing it on their cell to a friend or sharing it on a social media site. Quick clips have become the new form of community comedy, and that is something that isn't as effective with horror.

The movie comedy is nowhere near as popular as it was in the 1980s or 1990s or even the 2000s. But I don't think it is dead. Crazy Rich Asians, Mamma Mia: Here We Go Again and Ocean's Eight were legit hits and shows that diversifying may be the way for comedies to revitalize. I also think that many of the comedies actually being funny this year will help in starting to see some growth in the genre's popularity again. Of course, we also still have to put up with the upcoming Johnny English Strikes Again and Holmes and Watson so it won't be a quick revival.
Horror Movies Musings The Movie Breakdown