The Movie That Broke Scott's Brain 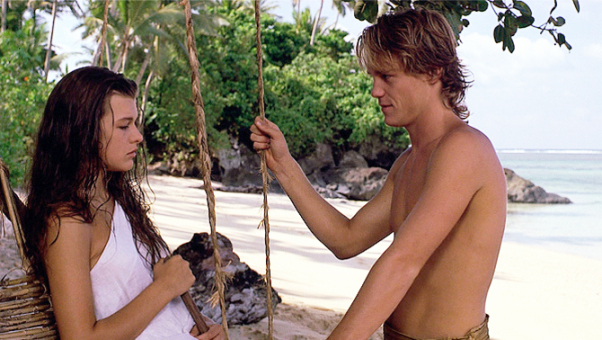 People who listen to The Movie Breakdown know all about The Summer Box Office Challenge where Scott loses on a yearly basis and then has to see and review three awful movies of my choosing. This year, Scott decided three wasn't enough and was penalized with having to see three more movies after he missed watching Rent. This year Scott has had to endure 5 movies and each one seems to be chipping away at his very soul. His fourth review is for 1991's Return of the Blue Lagoon. A movie that somehow seems to have found a way to be even worse than the not very good and trashy original. I assumed it would be bad, but I did not know it was so bad that Scott would be driven insane to the point of watching the follow-up to that movie for no reason other than his brain is broken. Please check out Scott's latest review and let's all hope he doesn't discover there is a Baby Geniuses sequel.
Movies Pimpage Return to the Blue Lagoon Review Summer Box Office Challenge