The Biggest MCU Movie Looks for the Biggest Opening Weekend Ever 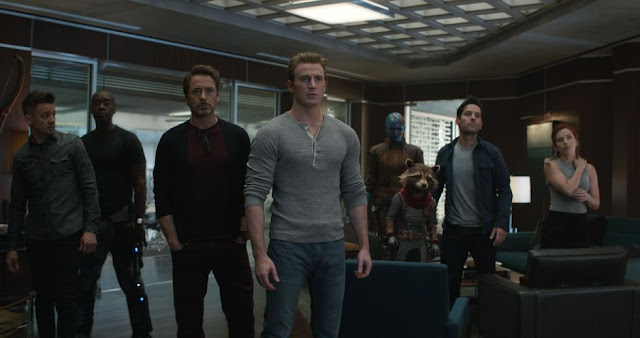 It is the biggest movie event of the year and maybe even of the last several years with the 22nd Marvel Cinematic Universe movie, Avengers: Endgame. It is the conclusion to one of the most successful and longest movie series ever. Well, except it isn't really the conclusion as we will have 50 billion more Marvel Cinematic Universe movies, but this is the pay-off to what was started all the way back with 2008's Iron Man. Scott is back to offer up his thought on how big he thinks the grand movie event will open this weekend.

This weekend only has one film opening wide in theatres, and there is a good reason for that. The film is Disney’s Avengers: Endgame, and every studio knows that releasing a film opposite it would be a waste of time and money. I was trying to figure out whether to best compare the size of this film to either Star Wars: The Force Awakens or Avengers: Infinity War, but honestly I think we are in uncharted territory at this point.

The law of diminishing returns is very real, and almost every franchise faces it. It is a rare event to have a sequel outperform the original film, but it has happened with films that concluded their stories in Return of the King and Harry Potter and the Deathly Hallows Part 2. A really safe bet would be to say that it is going to happen with Endgame. While it isn’t the end of Marvel movies, it is the conclusion of an ongoing saga of films that started in 2008.

When the second Avengers film came out, Age of Ultron, it looked like Disney would be unable to repeat the power of the first Avengers, which was a movie on a scale that had never been seen before. Incredibly, by the time Avengers: Infinity War came around it was the event film that Ultron seemed to fall a bit shy of. More remarkably, they are doing it again. The entire idea of studios having a ‘shared universe’ came from the success of Avengers, and nobody has been able to come close. The fact that Avengers was a hit wasn’t because it linked movies together, but rather because Disney is brilliant in how it has built these stories. With twenty one films that have managed to feel unique, they have amassed a large number of fans.

When Infinity War came out last year, it was entering into more theatres than any other film, at 4,474. Endgame is besting that with 4,662 theatres, which is a lot and quite needed. Ticket selling website fandango.com is saying that at the time of writing this (Thursday evening) over 8,000 showtimes have been sold out on their site. Endgame is now the biggest movie on Fandango when it comes to pre-sales, not only beating The Force Awakens, but selling five times more tickets than Infinity War did last year.

One possible negative against Endgame is the runtime of three hours and one minute, which means it will be harder for theatres to have as many screenings for it. This doesn’t seem as though it’s going to slow the movie down, as there are going to be many screenings offered for the opening weekend. The demand is so high that AMC Theatres has some locations running the film for twenty four hours straight for the entire weekend.

When The Force Awakens came out, I may have seen its opening weekend being bested at some point, but I was certain that its overall domestic take of $936 million was untouchable. I very well could be wrong, and Avengers: Endgame looks to take a swing at that record. The remarkable thing about any records they may break is not just overcoming the run time, but the fact that apparently it is going to be skewing more towards 2D screenings than Infinity War. Less 3D means lower ticket costs. If Endgame becomes the overall champion, it will do so with those two serious factors against it.

Predicting what this film will make isn’t easy. Yes, there are those numbers about pre-sales, but that could indicate the excitement of hardcore fans and may not be completely representative of general audiences. However, I think there is so much more to this than just the fans. Many people have popped in for a Marvel film or two over the past eleven years, and this weekend marks the end of the cumulative story of all of those films. Whether people were fans of Thor or Ant-Man, this is the film to see because it could have serious stakes for all involved. With an outrageous 96% on Rotten Tomatoes, we may be witnessing a perfect storm that changes movie history.