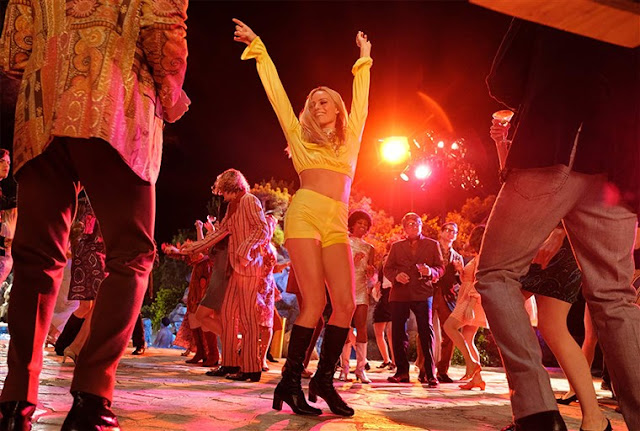 Yesterday, the Academy Awards announced their nominees for the Oscars. Oh boy, did that cause some reactions in me. But you know what, I am going to save those thoughts for the next The Movie Breakdown show. Not only does that build anticipation for that episode, but I also just don't have the energy or desire to talk that much about the nominations. Especially since like most years, it would just me venting with what got snubbed and how frustratingly predictable the Oscars have got with their safe selections. I also have a busy week ahead, so I'd rather save my time for things that either make me happy or pay me well. Oscars don't do either of those things.

But the nominations did reveal nine movies that are now in the running for Best Picture, and you may remember that way back in March that I made my predictions for what movies I thought would get nominated. Considering most of those movies were sight unseen a year ago and in some cases, I didn't even know if they would make their release date, let alone be good movies that would get critical praise, I think that I did okay with three right guesses.

The movies that I got right were The Irishman, Once Upon a Time in Hollywood and Ford v. Ferrari. In all three cases, I was smart in betting on proven directors. I feel like definitely Quentin Tarantino and Martin Scorsese were sure things if their movies ended up being decent and, in both cases, they were outstanding.

Bombshell (back in March called Fair and Balanced) ended up getting some actor and technical nominations, but the actual movie didn't quite nail the message enough to get that strong critical buzz. The Farewell was great, but I was wrong on what foreign movie would get the nomination with Parasite getting it instead (which I don't think was even on my radar). The Goldfinch may be a critically acclaimed novel, but it sunk as a movie, and the classic novel adaptation instead went to the Greta Gerwig directed Little Women. Harriet did get an Oscar acting nomination for Cynthia Erivo, but the movie seemed to fall flat, and the movie about racism that got the buzz was Jojo Rabbit (a movie that I felt would be too odd for the Academy, but it got some solid critical buzz and as you know, my favourite movie of 2019). It's a Beautiful Day in Neighbourhood did have a shot, but the Academy deemed to fill only nine of their ten slots. I barely heard a thing about The Report, and I should have guessed another streaming movie in Marriage Story. I was right that a box office hit would get nominated but it wasn't Star Wars: The Rise of Skywalker but rather Joker. I don't think I even knew that 1917 was a movie, but I am sure glad that it is.

I got three of the nine nominations right. That isn't too bad when you realize I was an entire year out. I think, I will take a stab at it again this year after the Oscar season wraps up in February.