Revisiting the Collective: The Worst Fictional Places to Live 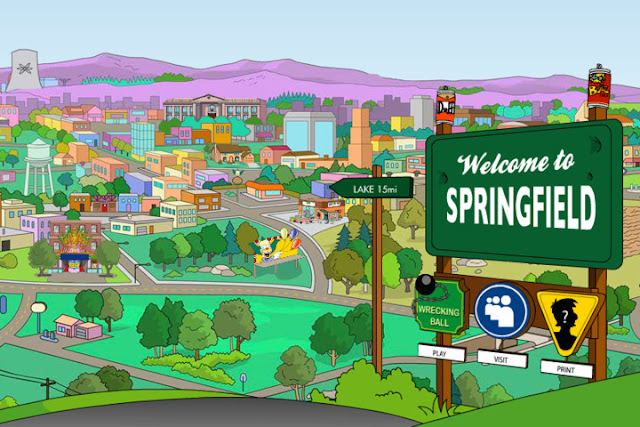 (CS: According to my editor of The Collective Publishing, this was far and away the most popular article ever on the site at the time and had given us hope that we may have snagged that audience we needed for wealthy sponsors. I am posting these columns on here because they no longer have a home on the internet, so you can decide how that panned out.)

Fiction has created some of the most fantastic and interesting places ever. They have been the settings for countless unforgettable tales that have allowed our imaginations to soar and have entertained us for hours. But just because these places help play a part in creating compelling stories, doesn’t mean you’d actually want to live there. Actually, some of the greatest stories have introduced us to some of the worst possible places to live.

Gotham City (Batman Series): First off, it is a city that hasn’t seen sunlight since about 1968, and this is probably one of the major reasons that 80% of the population seems to be filled with vicious criminals. There is something wrong when you put all your security and safety into the hands of an unhinged vigilante dressed in latex who calls himself Batman, just because he is safer than a sociopathic clown and a guy who makes decisions based off a coin flip. (CS: And this is before the Zack Snyder version.)

Emerald City (Wizard of Oz): I’m sure the city is lovely, but do you really want to live in a place that chose their leader based off the fact he flew in on a hot air balloon? (CS: Better than picking your leader based off being on a popular reality TV series)  What does it say about the population when they listen to a guy who hides in a closet and has a projection of his head to declare all his policies? I’m not a fan of Canada’s current federal government, but at least they never made campaign promises involving handing out human organs or emotions in return for murder. (CS: For reference sake, this is the Stephen Harper government that is in power)

Cabot Cove (Murder, She Wrote): It is a small Maine village, but has a murder rate that would scare a New Yorker. You could argue that it is largely tourists that get murdered, but then that means your life will be kind of lonely, since family will never want to come visit. (CS: No different than anywhere else in the world right now)  The place is likely pretty safe when Jessica Fletcher goes on vacation, but the problem is the town is never going to allow such a world renowned author to permanently leave.

Sunnydale (Buffy the Vampire Slayer): Probably a 75% chance you’ll eventually be bit by a vampire. It is true that being a vampire would be kind of cool, and you would be immortal and have incredible strength (though days at the beach will be nothing more than a memory). The problem is by the time you realize the bite on the neck wasn’t so bad, you now have a stake through the heart courtesy of the resident slayer and her buddies.

Springfield (Simpsons): The town is dangerously close to a nuclear power plant, and the effects of living there seem to have turned most of the population into a deathly yellow. To make matters even worse, this dangerous plant has hired the town idiot to be the safety inspector.

Castle Rock (Several Stephen King novels): If you want to go for a stroll in the woods, then you’ve got a good chance of getting attacked by a rabid dog. If you want to go shopping, you might find yourself paying with your soul. If you decide to visit some of the neighbouring cities, then you must watch out for the town populated with just vampires or the place that houses a demonic sewer clown. You may not even want to sit on your furniture if you bought it around this area. (CS: Okay, I'm blanking. What novel/story am I referencing with that last line? 'The Mangler'? That really isn't furniture though)

Hogwarts School of Wizardry and Witchcraft (Harry Potter series): I know Hogwarts isn’t actually a place you’d live at long term, but it is a boarding school that students stay at for most of the year. I also know that almost any Potter fan thinks they’d love to go to this school. Do you really want to stay at a place where most of the staff, students, and parents respond to serious injuries and death like it is slightly more of a nuisance than a clogged drain? I realize a Muggle school is pretty boring, but at least, the staff would close down a school if there was a giant snake freezing the students and wouldn’t have a “game” where you’re expected to avoid being burned by a dragon. (CS: Reread this series with Everett and I was hooked all over again and amazed by the incredible world-building and imagination)

Bayside (Saved by the Bell): This is a spooky and cursed town that suddenly transported a few students and a principal out of Indiana into California. Then it effectively erased several friends and teachers from the transported people’s memories, or even worse, may have eliminated those people from the world altogether. To make things even worse, it has given a bratty, blonde egomaniac the power to freeze time. (CS: This joke flopped huge as my editors and most readers had no clue what I was talking about. Originally, Zack Morris, Screech, Lisa Turtle, and Principal Belding were on a series called Good Morning, Miss Bliss that was set in Indiana. Then after that show was cancelled, those characters and actors were moved to the new series that was now based in California and the rest of the cast from the previous series including the title character were wiped from canon. Also, there was a gag in the new series where Zack would freeze a scene so that he could then talk to the audience. Now that I explained it all, you understand the joke, but you know what they say about needing to explain a joke. . .)

Hill Valley (Back to the Future series): The town is one sports almanac away from being run by moronic, masochistic bully. (CS: Better than an entire country) On top of that, there seems to be a dangerous amount of plutonium lying around and a possible hide out for a group of deranged Libyan terrorists. The high concentration of plutonium could also be the reason members of the town have such horrible memories that they forget about a student who not only plays a big part in their lives but bears a striking resemblance to their son. (CS: I don't subscribe to this criticism anymore now that I got older and I barely remember people I went to high school with and hung out with for five years let alone for one week)

(I used to do more creative humour type pieces like this back in 2010-2012, and this is something that I definitely miss. Also, I swore that I added a 'What do you think are the worst fictional cities to live in?' question at the end to trigger discussion because that was a huge thing my editor was pushing but it isn't in my copy. Feel free to answer that question now.)
Back to the Future Batman Buffy the Vampire Slayer Collective Publishing Creative Writing Harry Potter Humour Murder She Wrote Saved by the Bell Simpsons Stephen King. Batman