The Breakdown of Sean Connery - 'Highlander', 'The Untouchables', 'Murder on the Orient Express.' 'The Great Trainer Robbery' and 'First Knight' 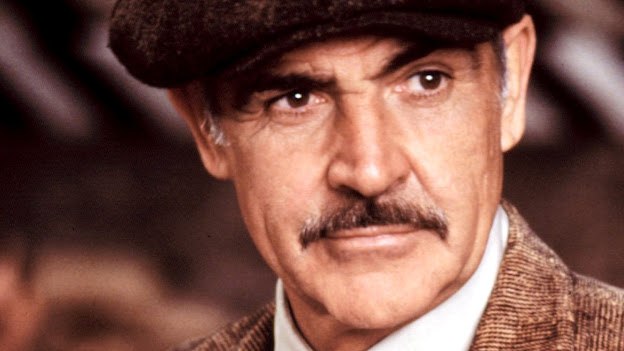 This week it is The Breakdown of Sean Connery as we review five movies starring this Hollywood icon. We look at the movie that earned him an Academy Award in the gangster drama directed by Brian DePalma, The Untouchables. We also have Connery as a crook in the ambitious heist picture The Great Train Robbery. Speaking of crimes, he is a suspect in the murder mystery film, Murder on the Orient Express. We look at a sweeping fantasy adventure where Connery plays an immortal Spanish Egyptian in Highlander. Connery also plays noble and just as King Arthur in First Knight. You can also check out my tribute to Connery's career with my write-up on the site.

As always, recording the latest episode for you was a highlight of our week. We really hope you love it, and if you do, please spread the word on social media to more movie fans.
Reminder that you can subscribe either to The Movie Breakdown feed (a subscription link is at the top right hand of this site), or subscribe on sites like Spotify, Stitcher, Google Podcasts, CastBox, Amazon Music and Apple Podcast.
The Movies' Four-Star Rating
Highlander **½ (CS) & *** (SM)
The Untouchables *** (CS) & ***½ (SM)
The Great Train Robbery**½ (CS) & ***½ (SM)
Murder on the Orient Express *** (CS) & ***½ (SM)
First Knight *** (CS) & * (SM)