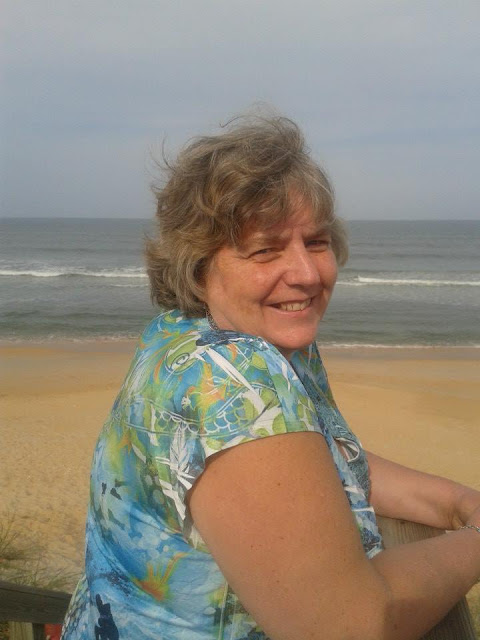 I met Joanne Pyl at Medeba when I was the Co-Summer Program Coordinator, and she was the Head Cook. I don't remember our first conversation, but I am sure one of the first had to do with requesting if we could do a dinner that didn't need utensils because the villain of the week stole them all or if the scrambled eggs could be green because it was Dr. Seuss week. One thing that I learned quickly was that no matter what I pitched and no matter how crazy the day may be unravelling for her that the response was always that she'd make it work. Overseeing a major part of a summer camp that had over 120 campers and staff was inevitably going to be stressful at some point, but despite needing to prepare three meals a day for very specific times, I never once saw her break her calm and soft manner even when seven curveballs were rocketed her way on a day when nothing went right.

Due to the running of a summer program and preparing camp meals rarely being intersecting jobs, I did not get to know Joanne super well that first summer even though I was aware she was a warm, gentle, compassionate, strong-willed and wise woman. I didn't get the true gift and blessing of knowing Joanne until I did the Leadership Development Program and then became full-time staff as the Guest Group Coordinator where I experienced the true pleasure of working alongside her.

Medeba is one of my favourite places in the world and so almost all my memories of the camp are fond and joyous. I also admit that I may not have been the best fit for the Guest Group Coordinator position. I loved being Cabin Leader for my first several summers there. I then moved on to be Summer Program Coordinator for several summers, which played to all my strengths. My final and only full-time position at the marvelous camp at times was very rough and I suffered from near burn-out at certain times. But one of the major things that got me through that year and lifted my spirits was being able to work alongside Joanne every day.

She had a personality that always made the kitchen and dish room a warm and inviting place. Even when we were in a rush to try to get a meal and the dining room ready with the clock ticking, she had a manner that made what should be a chaotic place into one that was calming and comfortable. When Joanne was around, it always felt like home. Even when I was at my most frustrated with the job, I looked forward to working in the dish room where we would talk, joke, cry, dance, laugh and bond. It was a safe place where I always knew that I could bare my soul and she would offer advice or just listen or cheer me up.

Joanne loved her family. She would glow when talking about her children and you could see her deep love for her husband, Rick, any time they were together. But even though she delivered so much love towards her family, she still had more to give to others too. So much more that there were so many people who felt they were a part of her family. She was a camp mom. That was more than just a fun title, she lived it by giving hugs, advice, encouragement, compassion, warmth and time to countless people. Loving and serving people seemed to be a source of energy that drover her. I have learned that a good person shares boundless love, generosity and kindness with their family, but a truly great person is radiating with so much love that they have more than enough for everyone. Joanne was a great person.

I've been blessed with meeting a few people that have left an eternal positive impact on my life that pushed me to be a better person. Joanne was one of them. Her constant acts of kindness, generosity and compassion modeled to me what really makes a strong, successful and powerful person. She worked just as hard as I did, but on her days off she always opened her home, so I had a place to retreat rather than stay at the camp where I lived at the time. When I had a rough day, she was always one of the first people to offer a giant hug and more importantly. a listening ear that accepted whatever I needed to vent. When I needed it, she offered well-thought out and sage advice that came from years of wise living.

She also played a crucial part in the most important relationship in my life. I was almost two years removed but still working through a long-term relationship that had a bitter end. It was one of those messy and awkward situations where both sides allowed things to linger, tease and drag on for way too long, and after over a year of post dating-relationship drama, I found myself successfully getting to the next stage of my life. It had been almost a year since my feelings and heart were no longer tangled in that unhealthy past relationship, and I now had found myself being smitten by someone new. The first person I turned to for advice was Joanne, who like always quietly listened and then gave her wise perspective on the situation. She helped guide me through my worries and concerns and offered advice on how to handle my complicated feelings.

When I told her who I now liked, she also gave her solid stamp of approval for the relationship. It meant a lot because she was my camp mom and someone I had grown to trust. She turned out to be correct since I've been married to Emily since 2008 and I have two beautiful kids, Everett and Danika.

I haven't seen Joanne in years. I know she was at my wedding, but I also know that I never got to introduce my kids to her. Though my kids never met her, they have heard about her several times. My kids know that Medeba is a very special place for me, and they also know my camp mom, Joanne, is one of the major reasons. I may not have seen her in a decade, but I still think of her often and treasure the special time that I had with her.

I am a better person because I knew and spent real time with Joanne. Through her patience, compassion, kindness, selflessness, generosity, warmth, hospitality, humour and strength that she showed me every day, I learned how to be a better person. There are a few people whose experiences helped transform and shape me, and without any doubt, Joanne was one of those people for me.

There is part of me that wishes my final time seeing her was more memorable. I wish I was able to see her a few more times over the last decade. I know that I am going to miss her very much. But I also have the gift of so many precious memories of magical moments with her that I'll treasure for the rest of my life. Joanne made me a better person and I'll always be thankful for that. She was my camp mom, but more importantly, I considered her a great friend that I loved very much.

Part of the legacy of Joanne is the incredible family that she raised and shared her gifts. I know right now that there is a lot of hurt. I also know they also have a bounty of great memories of this wonderful woman. I send my sincerest condolences, but they also should be proud their mom has powerfully touched the lives of so many people and focus on how deeply loved she was by so many.

Rest in peace, my dear friend.