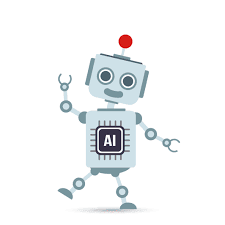 (CS: I originally wrote this piece way back in December 15, 2011, so a little more than a week before Everett was born. I mentioned a week or so ago about how I used to just write weird and messy fiction pieces on days when I didn't know what to write. This would be a shining example of one of those times. I may try to finally do a follow-up to this one. It is really oddball and not for everyone, but it actually turned out to be one of my more popular pieces.)

"Man, you've got to hate this downpour.  But at least it isn't that awful white stuff, eh."

"I don't mind the snow.  I've got a big dog that loves to run through the stuff, and the kids remain entertained for hours by making snow men and snow forts.  Plus it is nice to have for Christmas."

"The conditions are optimal for me to test out my fully constructed Battle Snow Walker.  I made it by fishing through the dumpster of a bunch of hardware stores, and mashing it with several toys I stole from neighbourhood kids."

"I'm not waiting for the bus, you know."

"I'm waiting for a girl.  Yeah, she's real nice.  She probably has friends, you know."

"Oh, I know.  I know.  I'm just saying she probably has friends.  It is nice to have friends."

"Yeah, that is why I chose to buy a cup then proceeded to drink of its contents."

"I'm also making an Ultra Boat Soar Blaster.  It is a boat that flies.  I just need to get a job so I can buy a boat."

"I also like to lick tombstones and roll around in the dump."

"So, I think this girl must be on one of these buses coming in."

"I bet I could totally turn one of these buses into an Electro Saurus Transmorpher."

"I don't understand these words."

"I need a job.  Problem is nothing in this town meets my super skills and awesome abilities."

"That is too bad man.  Hey, maybe your girl is on that bus that just came in."

"You better go check, because you shouldn't leave her waiting.  Women don't like waiting."

"Hey, you said you have kids right?"

"You ever eat the hair of other people?"

"This girl I'm meeting sometimes likes to pretend she doesn't know me.  I was wondering if you could go talk to her -- you know, like distract her -- then I'll come from behind and. . . "

"Alright.  I really need to catch my bus."

"But seriously, if you ever find yourself in a cemetery. . . "