A Non-Retro Easter Picture and Some Thoughts on Covid Holidays 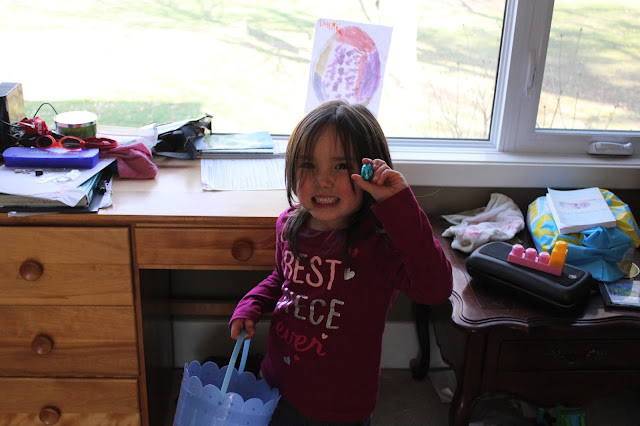 Well, Easter is now over a week ago, so it kind of is a retro picture now, I guess. It is just more recent than most of the other picture posts from the past few weeks. I wanted to try to post something that included both my kids. but having them do the hunt in different rooms made that kind of hard, and when they were looking for the big prize that they had to discover through hidden clues, most of the pictures ended up being either of their backs or a blur as they ran to the next location.
I realized while celebrating Easter with just my immediate family that this was the first holiday that now would be marred by Covid for a second time. We are now hitting all the big occasions with the cloud of the pandemic for a second time. My hope is if everyone keeps smart and safe, and the vaccine roll-out becomes more efficient in the coming months then we just experienced our final Covid Easter.
I miss big family holiday dinners and gatherings. I am not really sure I appreciated them enough when they were things we expected. I love getting together with people I love but holidays and Christmas especially always felt like a whirlwind of preparation and following expectations. Now that we had a year where I did everything with just the kids and Emily, I definitely learned to appreciate the treasures hidden in those grand holiday events.
Everett and Danika still loved Easter. Yes, and so did I. We did the traditional egg hunt with the strategy I adopted from my mom where one kid gets their own room and the other gets another. That way there is less bloodshed over the discovery of hidden eggs. Though it was inevitable that always one kids wanders into the other room to see what eggs have been found.
Danika was thrilled to find out she got the living room this year as for the last several years that has been the traditional Everett spot. Everett moved down to the basement where it was larger and had some new hiding places for the boy who believed he has them all solved.
One hiding spot was so good that Everett and everyone else still hasn't found it. I wish the Easter Bunny thought to leave a note of where each of the eggs were hidden. I suspect one may have been knocked into one of the several toy bins.
Just like the Easter Bunny did for me when I as a kid, Everett and Danika went as a clue hunt where they had to solve some rhyming riddles that eventually led them to some larger chocolate treats. I think the Bunny has as much fun making those clues and hiding them as the kids do finding them. I have hope that the kids still have several more years before they grow out of this tradition.
I am definitely missing things that I once felt were always going to be part of the holidays and I admit that I may have taken them for granted, but I'm still finding much joy and excitement in our 'new normal'. 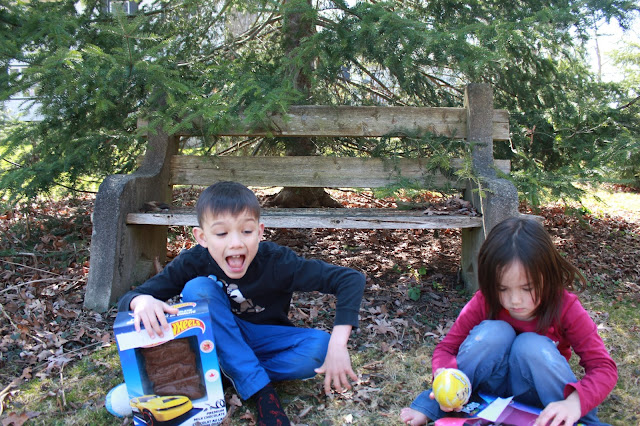