10 Animated Series Based off Movies 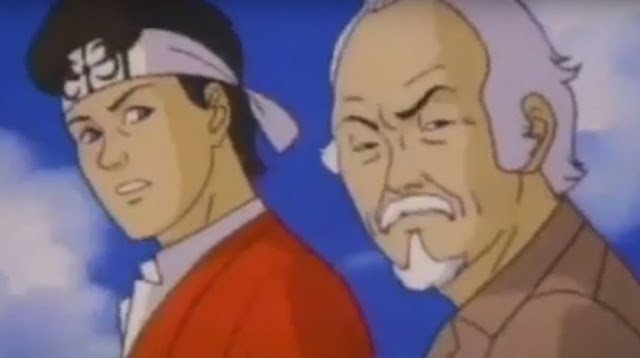 In an effort to find various things that I can review and write about, I've come across a crazy amount of animated series that were based off popular movies. I knew that in the 1980s and 1990s that networks were desperately trying to find anything that was recognizable and popular that they could transform into a Saturday morning series that can draw in an army of children that they could sell sugary cereals and toys. Despite being a Saturday morning cartoon warrior, there are several of these cartoon series based off movies that I either never stumbled across or I've completely forgot about.

I can't believe that some of these were attempted as animated series for kids.

9. Back to the Future: The Animated Series: I'm shocked that I never watched this considering how much I adore the movie trilogy. My only guess is that considering it premiered in 1991, I had slowed down on my Saturday morning love at that point. Apparently, this series is set after the third one but considered to be an alternate 'what if' timeline.

8. Dumb and Dumber: Networks were all over Jim Carrey comedies, though I question how appealing those series would be with a guy trying to mimic the voice and energy of Carrey rather than having the actual actor.

7. Highlander: The Animated Series: Nothing says cartoon series for kids than being based off a movie that is all about chopping off other people's heads.

6. James Bond Jr: Not only did I have no clue that this animated series existed, but it apparently got a 65 episode run, and must have been in daily syndication as it lasted one season. The character was a big enough deal that he also had a spinoff novel, comic book series and a Nintendo video game.

7. The Karate Kid: This animated series was the inspiration for doing this in-no-particular-order random list, because I only learned in the past year that back in 1989 one of the greatest movies ever has a globetrotting animated adventure series. This was originally going to be a 65 episode daily syndicated season but then moved over to a 13-episode Saturday morning carton on NBC. I actually have access to this series, and I am tempted to review it.

8. Mortal Kombat: Defenders of the Realm: I get it was based off a video game that lots of kids probably played, but a video game where the goal was to literally tear your opponent apart doesn't seem like the best idea for a kid-friendly cartoon. This was a huge flop with audiences and critics, so that is probably why I never heard of it.

9. Police Academy: The big question is if the cartoon series is funnier than the movie, because this is one of the cases where Saturday morning cartoon storytelling may have been a step up. I'd be totally down with cartoons in 1988, but my guess is this may never have made it on a station I had in Ontario.

10. Problem Child: Sometimes a network or cable channel just needs anything to fill-up a half hour space on the schedule.