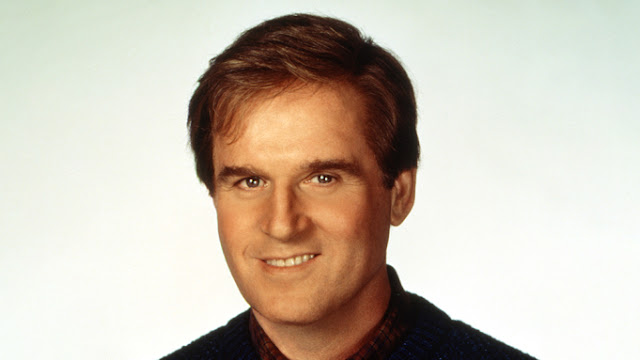 Charles Grodin has passed away. He was one of the more underrated comedic actors who had a droll sense humour with a deadpan delivery who could also pull off exasperated and high-strung better than almost any other performer. He often played a cranky and stern type that would eventually have the charm and tenderness erupt to the surface to win over the audience. Grodin was one of those unique talents that could play characters that were stuffed with negative traits and had an irritating personality, but still found a way to be immensely likable, so you rooted for him in many of his pictures.

His break-out role was the 1972 Elaine May directed comedy The Heartbreak Kid. This is the movie that puts my above description to the test. He stars as Lenny Cantrow who is on his honeymoon but falls for and pursues another woman who is played by Cybill Sheppard. Even in the swinging 1970s, must could agree that made Lenny a despicable character, yet he was the lead, and it was the innate charm and comedic timing of Grodin that kept movie-goers on his side. He charmed audiences enough that this was the performance that made him a star and opened up a successful movie career.

His best and in many movie circles most memorable performance was the embezzling accountant Jonathan Mardukas in the Martin Brest directed comedy classic, Midnight Run. It is another example of a character that at first is unlikable and annoying, but as the film progresses his heart of gold shines through. This is one of the best buddy comedy pictures of all-time and definitely one of the best comedies of the 1980s, and a lot of that has to do with the great chemistry between Grodin and Robert De Niro.

Sure, the movie follows the classic formula of the two hating each other at first but then slowly appreciating each other, but it is a classic formula that shines when you have the right duo together. This was one of the first times De Niro got to show his comedy skills, but the movie is really a showcase of Grodin's diversity as a comedian mixed with some weighty dramatic moments. Grodin fights and earns every character development and transformation in that great movie.

I can't escape the fact that some of you reading this likely know Grodin best as the father in the family comedy. Beethoven. The movie that probably was responsible for a giant spike in Saint Bernard adoptions. The movie was a huge hit and even spawned a theatrical sequel along with six straight-to-video follow-ups, but Grodin was only in the theatrical releases.

Obviously, Grodin was not the draw or what made the original a box-office hit; people came to see the dog slobber on and run into stuff. But Grodin did play a huge part in making the movie much better than most other silly animal comedies. He sells the grumpy dad that didn't want a dog, and who must take most of the pratfalls and damage throughout the picture. His exasperation and anxiety is a big source of the comedy, but once again, deep down you know that he is a loving father, and we believe it when he finally falls in love with the dog.

He wasn't always the cranky person who deep down is lovable but could also play straight sleazy characters that you wanted to get their comeuppance too. Grodin is a great villain as the sleazy and greedy oil executive, Fred Wilson, in 1976's King Kong, where he tries to exploit the giant ape and everyone else around him.

He also plays a memorable villain as the slimy lawyer, Tony Abbott in the screwball comedy, Heaven Can Wait. One of the great wonders of Grodin was how well he played off people or how he sold what was happening to him, and this is another movie where he shines at that. He has great moments clashing with the lead Warren Beatty.

While he wasn't always the star, his style of comedy and his screen presence almost always made him one of the highlights of the movies he was in. He is one of the best parts in Albert Brooks' Real Life where he plays the dad of the family that was being filmed by a documentary crew for one year.

My first time ever seeing him was likely as the jewel thief who fell in love with Miss Piggy in The Great Muppet Caper. He also has memorable roles in the Chevy Chase and Goldie Hawn starring Seems Like Old Times, the underrated Lily Tomlin starring The Incredible Shrinking Woman. the Steve Martin starring comedy farce The Lonely Guy and the political comedy Dave.

Grodin was oozing with wit and was very intelligent, opinionated and thoughtful, which made him a great guest for talk shows and was a regular for Johnny Carson and David Letterman. He also used those skills to host his own talk show for CNBC in 1995 to 98, and also provided political and social commentary with a satirical slant on 60 Minutes II. As well, he did some directing and starring on Broadway, so he successfully branched out of just starring in comedies.

Even though Grodin is mostly known for comedies, one of his first roles was as the obstetrician that leads poor Mia Farrow down a dangerous path in the horror classic, Rosemary's Baby. It isn't a substantial role but bits of his talent shine through, and it is one of his movies that we have reviewed on The Movie Breakdown. The already mentioned King Kong is another we reviewed, which is far more substantial and another role where it is less played for comedy but still one where his best strengths shine.

An interesting trivia note, he was initially considered for the role of Benjamin Braddock in the hit 1960s movie The Graduate. It was the breakout role for Dustin Hoffman, but I feel like Grodin could have really embodied it. It also likely would have really changed the tone of the picture and how we relate to Braddock.

Charles Grodin had some major starring roles in very successful movies but would never has been considered one of the big box office stars or a major household name. He was entertaining and a highlight in almost everything he had done. His deadpan delivery along with his perfectly timed moments of hysteria still makes him one of the more memorable actors. I may have fist saw him surround by Muppets, but he was an actor that I recognized and was burned in to conscious after that wonderful performance. I came for the sentient felt beings but was mesmerized by the human grouch.

Based off his talk show appearances, he really seemed to be a genuine, intelligent and caring human being that felt deeply and passionate about things. It is those traits that I think shined through in his performances, and why he was able to play deeply cranky and flawed characters that we still ended up loving. Grodin was that type of performer that was able to elevate the movies that he was in and crafted many fun and memorable movie moments.

I send my condolences to his family and friends, and I thank Charles Grodin for many decades of laughs and thoughtfulness.